Assault and battery charges are always serious, but if you’re accused of violence against a police officer, the charges rise to higher levels. Florida is a state that “backs the blue,” so you not only have to present reasonable facts in your favor; you also must overcome an aggressive prosecution that is aided by public sentiment in favor of law enforcement. When you retain The Law Offices of Tad A. Yates, P.A. for your criminal case, you get a skilled and reputable attorney with experience representing defendants in these sensitive cases. Mr. Yates knows how to separate emotion from fact and to dispassionately challenge the elements of the case against you. He works thoughtfully and tirelessly to mitigate the charges and obtain the best outcome possible.

Florida law on battery against a law enforcement officer

Under Florida law, battery on a police officer means intentionally touching an officer against his or her will, striking an officer or causing an officer bodily harm. The accused must know that the victim is a law enforcement officer and the officer must have been engaged in the lawful performance of duties when the battery occurred.

When the victim is a law enforcement officer or other protected individual, assault and battery charges are enhanced as follows:

Although you can never legally resist an arrest, you can resist excessive force and brutality, since that is consistent with your general right to self-defense. Therefore, if you’re accused of resisting arrest, you might be able to make the case that you were trying to protect yourself from harmful or violent treatment. Other defenses to resisting arrest include the following:

Defenses to resisting arrest and to other violent crime charges are often highly technical, which is why you should seek the best criminal defense representation you can find. Your liberty and your future depend on it.

The Law Offices of Tad A. Yates, P.A. defends clients accused of violence against law enforcement officers in Orlando and beyond. For strategic representation focused on positive results, call Tad A. Yates at 407-608-7777 or contact the firm online to schedule a consultation. 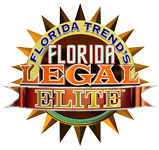